Plan Your Summer at 40% off 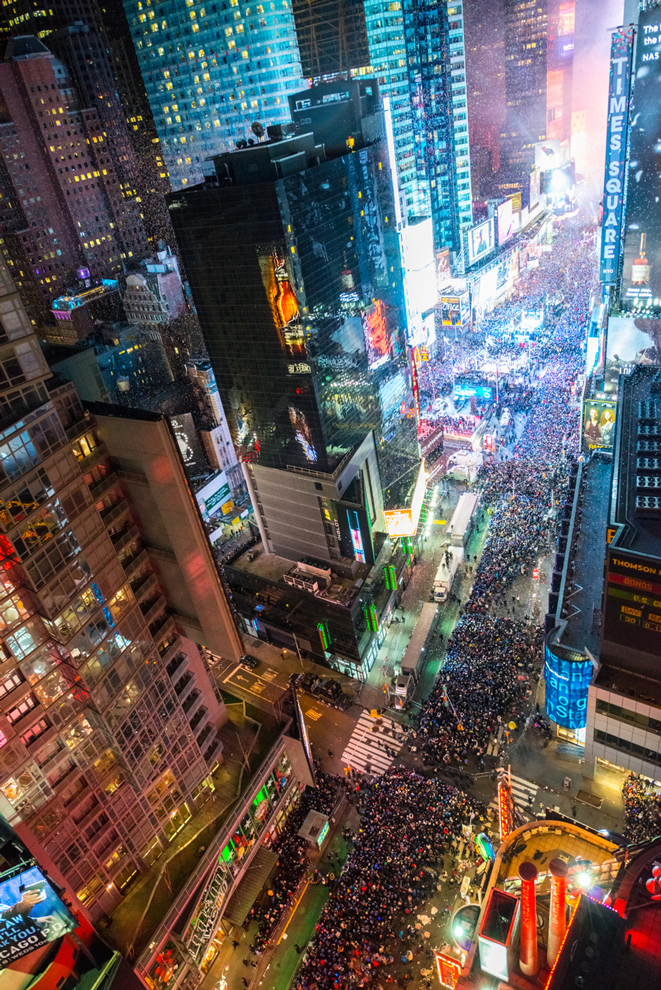 Where to Party on New Year’s Eve in Times Square

The most famous New Year’s Eve celebration in the world takes place in the heart of New York City. Times Square has been holding the famous Ball Drop every year at midnight since 1907! Here's everything you need to know.

The first thing you need to know is that if you’re planning on seeing the Ball Drop and New Year's Eve show, you won’t do much else that day. It takes an early start, a long wait and slow moving crowds to see the Ball Drop and show in all their glory. The flagpole is set up at the intersection of Broadway and 43rd Street and the ball is raised at 6pm.

Although going to Times Square on New Year’s Eve may seem daunting, joining a million people for the energetic countdown is well worth it!

If your idea of welcoming a new year isn’t standing in a crowd for hours, then take a look at these superb New Year’s Eve parties. All of these bars and restaurants are located near the Manhattan at Times Square.

For those who prefer something different, read about celebrating New Year's Eve beyond Times Square. The city that never sleeps has something for everyone!

Free cancellations on all bookings